I have give money to builder for investing purpose he will invest this money in his projects when he sell flats he will return an amount as per loss/profit is this permissible according to shariah ?

We understand that you have given your funds to a builder to invest on your behalf and return the funds based on a profit and loss sharing basis.

There are various ways of executing such an investment transaction from a Shariah perspective. Hereunder follows the fundamental concepts and rules thereof:

All losses will be for the account of the investor.

Based on the scenario in reference, the builder can be deputed as the Mudarib while you will be the Rabbul Mal. All responsibilities of management lie with the Mudarib and the investor has no managerial role unless otherwise agreed.

The builder is appointed by the investor as agent and receives a fixed salary or commission fee. This commission fee or salary is not based on the risk of the project but the work provided by the agent.

Istisna is a contract in which the manufacturer or builder pre-sells a product to the purchaser upfront before manufacturing or building with all the stipulations and specifications of the end product including delivery date. The purchaser pays for the product/building during the contract tenure and then takes ownership and possession once the product is completed and fully paid for. Based on this contract, the builder fixes his mark-up on the building and the purchaser re-sells the building for a profit either via a parallel Istisna contract with another buyer during the tenure of the contract or a sale and purchase agreement after taking ownership of the property.

You are welcome to contact the Darul Iftaa to assist you in devising the contract arrangement between yourself and the builder. 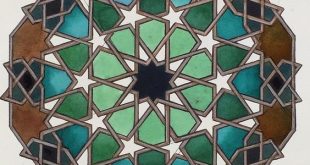 Question: I live in Saudi Arabia and my concern is,if i can buy car on …